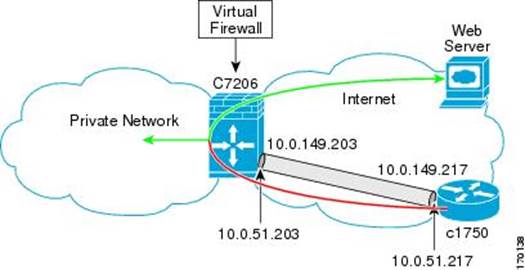 Mike Fratto, senior analyst with Current Analysis (wwwxurrentanajysjs.com), says aside from certain perfor­mance characteristics, in many cases a virtual and physical firewall from the same vendor are functionally equiv­alent. “Virtual appliances typically support less performance than hard­ware because virtual appliances are software-based, are on shared hard­ware, etc.,” he says. A physical firewall, meanwhile, sits at a fixed position in the network and creates a hard exte­rior at the perimeter “but does nothing for traffic running over the virtual net­work,” he says.

Overall, Fratto says physical fire­walls make sense when trying to estab­lish a hardened perimeter, including one that protects the virtual infrastruc­ture, services, etc., from unauthorized use. Here, he says, “an existing data center firewall may suffice.” Virtual firewalls, meanwhile, are often tar­geted at a subset of services running within the virtual environment rather than the entire environment. Thus, he says, “you end up with a bunch of little perimeters based on applications or departments,” for example, rather than one large perimeter. That means ap­plications can be better protected from attack than if using VLANs and other isolation techniques, he says.

Another distinction between physical and virtual firewalls is that a virtual firewall and the servers it protects can reside anywhere in the virtual environment, something that allows the movement of virtual ma­chines while maintaining the virtual perimeter, Fratto says.